To Climb a Mountain—He knew the way was up, but was he prepared… 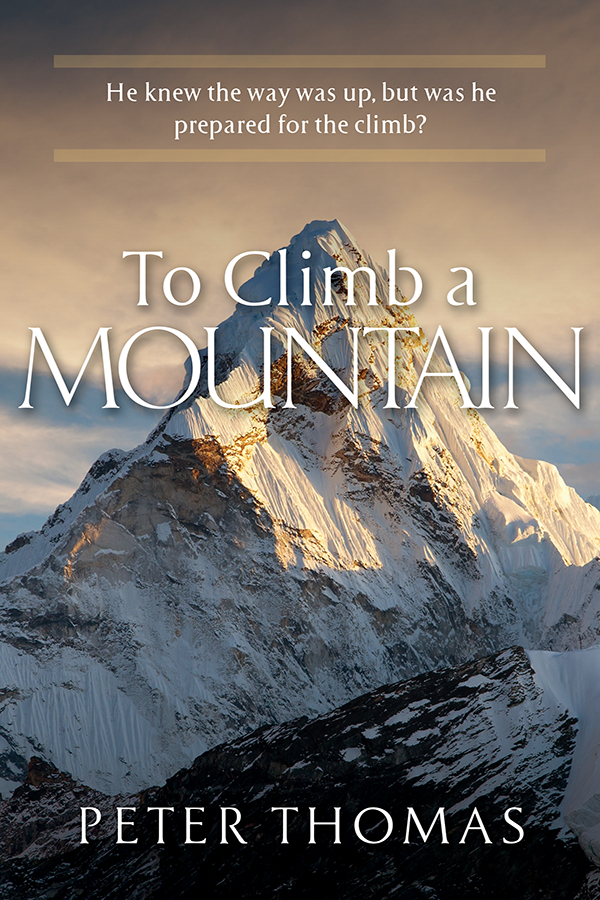 What questions do you have for God? Does God care what you think? Does God listen to us, or to the angels?

“Who may ascend the mountain of the Lord” asks the Psalmist in Psalm 24:3. I would add to the question for today’s generation: If we are called to ascend the mountain, then how should we do it with all the challenges and distractions today offered to us? Are we fooling ourselves by believing we can make it to the summit?

That Luke should receive a call to climb the mountain is peculiar to the young angel, Gabriel. After all, his response to God’s voice so far has been, let’s say, less than perfect! As Gabriel questions God, Luke begins to climb but faces challenges of a complex nature that will test his resolve and, more importantly, his trust of the God whose voice he tries to follow.

Strategically placed along the route are detours, short cuts, and un-truths all used by Diablo to hold the young climber back, slow him down, and entice him away from the mountain. So, is it really possible to climb alone to the summit while facing dangerous overhangs and underhanded schemes of the enemy along the tortuous ascent? God and Gabriel watch as Luke climbs. And we must wait to see if it is worth the effort!

PETER THOMAS has served as director of YWAM Fortaleza (Youth with a Mission) since 2010 and has been in missions since 2000 in Brazil. Previously, Peter taught Mathematics at Bournemouth Grammar School for Boys after graduating with a degree in Biochemical Engineering from Swansea University. Peter is English, of Welsh descent, and married to Selma, his Brazilian wife of 19 years. They have two children, Danny (16) and Isabella (9), both born in Brazil.

If You Liked The Pilgrim’s Progress, You’ll Love To Climb a Mountain

John Bunyan’s epic allegory, The Pilgrim’s Progress, is regarded as one of the most significant works of religious literature ever penned. It was likely written in 1678 while Bunyan was imprisoned for holding religious services without permission from the Church of England. The allegory is a dream sequence in which Christian, the main character, journeys to Mount Zion but along the way is mired in the Slough of Despond by his doubt, fear, temptation, lust, shame, guilt, and other sins.

Fast forward 300 plus years to the life of Peter Thomas—a life that reflects to an amazing degree the struggles of Christian in The Pilgrim’s Progress. Although he wrote To Climb a Mountain in a similar allegorical style, Thomas addresses abuse, divorce, video games, absent fathers, street kids, and such—the stories of our generation. Peter shares, “I have made the same journey that the protagonist makes in To Climb a Mountain. His experiences are mine, from abuse to marital breakdown, and from doubt to fear…. And I have climbed the mountain, both physically and spiritually, and have encountered God. The climb, for sure, is hard, but it is worthwhile!”

Writing To Climb a Mountain has been spiritually therapeutic for Peter and for those who have read an early draft. They have responded positively, at times with tears and questions about where they currently are on their own journey, encouraged to see that they are not the only ones who have encountered stumbling blocks along the way.

Peter, a full-time missionary in Brazil, wrote To Climb a Mountain “for those who are finding that the game of life is not as easy as it looks…for the churchgoer who has all the answers in his/her head but has discovered that the rules are hard to apply to real life…for the lifelong Christian who has never understood why life is so difficult when God is so loving and everyone else seems to be doing so well…and for the young person beginning their journey and stumbling with pitfalls and wrong turns at every corner.”

To Climb a Mountain by Peter Thomas, 116 pages, PB, $9.99. ISBN: 978-1-951561-28-4. Published by River Birch Press (2020). Distributed by Ingram and Amazon.com. River Birch Press publishes books with a Christian worldview. Its mission is to empower readers for fruitful living.

Our mission is to empower Christian authors and publishers for effective and fruitful ministry through book publishing.

We believe that significant and relevant messages from the Lord are worth publishing with excellence.

Our commitment is to treat our clients and their book projects with the utmost respect and sensitivity.

Our goal is to exceed your expectations in terms of quality, professionalism, and enthusiasm.

I've already viewed the book trailers; I was almost in tears.

Tommy Daugherty, author of WHY YOUR HISTORY MATTERS

Kathy did a wonderful job of editing and rearranging.

The cover designs are wonderful. Better than I had hoped for!

This Is A Custom Widget

This Sliding Bar can be switched on or off in theme options, and can take any widget you throw at it or even fill it with your custom HTML Code. Its perfect for grabbing the attention of your viewers. Choose between 1, 2, 3 or 4 columns, set the background color, widget divider color, activate transparency, a top border or fully disable it on desktop and mobile.

This Is A Custom Widget

This Sliding Bar can be switched on or off in theme options, and can take any widget you throw at it or even fill it with your custom HTML Code. Its perfect for grabbing the attention of your viewers. Choose between 1, 2, 3 or 4 columns, set the background color, widget divider color, activate transparency, a top border or fully disable it on desktop and mobile.
Page load link
Go to Top